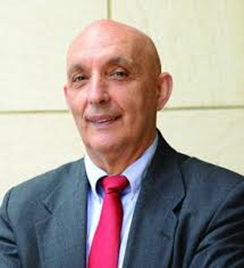 Sos Agaian is a Distinguished Professor of Computer Science at the Graduate Center/CSI, CUNY.  Dr. Agaian was a Peter T. Flawn Professor of the University of Texas at San Antonio. His research sponsors include DARPA, NSF, U.S. Department of Transportation, U.S. Department of Energy, NIJ, and private industry. He has published 750 articles, 10-books, 19 book chapters, and holds over 56 American and foreign issued or pending patents/ disclosures. Several of Agaian’s IP is commercially licensed. He is an Associate Editor for several journals, including the Image processing Transaction (IEEE) and IEEE Transaction of Cybernetics. He is a fellow of IS&T, SPIE, AAAS, IEEE, AAIA, and a Foreign Member of the Armenian National Academy. Dr. Agaian gave more than 15 plenary/keynote speeches and 50+ Invited talks.

Bio-inspired Computer Vision is about learning computer vision algorithms from computational neuroscience, cognitive science, and biology and applying them to the design of real-world image processing-based systems. More specifically, this field is giving computers the ability to “see” just as humans do. Recently, many useful image processing algorithms developed with varying degrees of correspondence with biological vision studies. This is natural since a biological system can provide a source of inspiration for new computational efficient/robust vision models and measurements​. Simultaneously, the image processing tools may give new insights for understanding biological visual systems. Digital images are subject to various distortions during acquisition, processing, transmission, compression, storage, and reproduction.  How can we automatically predict quantitatively or perceived image quality? In this talk, we present originating in ​visual perception studies: Visual perception-driven image quality measurements: principles, future trends, applications. We will also give our recent research works and a synopsis of the current state-of-the-art results in image quality measurements and discuss future trends in these technologies and the associated commercial impact and opportunities.