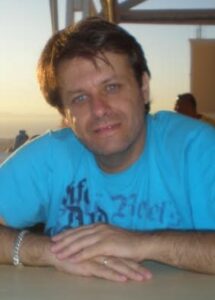 Dr. Georgios Kollias is a Research Staff Member (RSM) working on High Performance Data Analytics and Artificial Intelligence research and applications at IBM T.J. Watson Research Center, USA. He obtained the BSc in Physics in 2000 and the MSc in Computational Science in 2002 from the University of Athens, Greece, and the PhD in Computer Science from the University of Patras, Greece, in 2009. He then moved to Purdue University, USA and worked as a Postdoctoral Research Associate in the Computer Science Department and the Center for Science of Information till April 2013. Next, he joined IBM Research, USA also holding a research position at IBM Zurich Research Lab, Switzerland (August 2014 - April 2015). His research interests span the areas of graph mining and analytics, parallel, distributed and high performance computing, numerical linear algebra and matrix computations, big data analytics, problem solving environments, quantum computations, nonlinear dynamical systems and machine learning applications. Dr. Georgios Kollias is an IEEE member and has served as a PC member in ICPP-2014 and as a reviewer for journals including ACM TKDD, IEEE TPDS, ParCo, IEEE TCBB, IEEE TSP, JPDC, ALGO and conferences including STACS14, SC12.

In Quantum State Tomography (QST) we reconstruct the density matrix representing the state of a quantum device with n qubits from measurements. In this seminar we detail all steps in an end-to-end QST pipeline including the preparation of a target quantum state, the collection of measurements to input to the QST algorithm and the evaluation of the reconstruction it produces. We focus on the case of low-rank quantum states and design a projected gradient descent algorithm for QST which is both parallelizable and critically integrates efficient projection primitives. We apply our approach to quantum circuits consisting of various combinations of Hadamard, CNOT and U3 gates and report on our findings. Our developments are based on Qiskit, an open-source quantum computing framework, which also allows direct interaction with real quantum processors that are made publicly available by IBM Research.