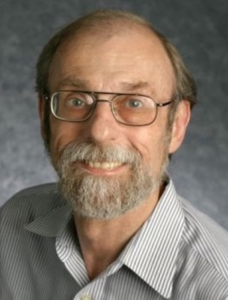 Professor and Chair of the Division of Imaging Sciences of the Department of Medical Imaging at The Western University. Founder and past Director of the Imaging Research Laboratories (IRL) at the Robarts Research Institute

Fenster is a Scientist at the Robarts Research Institute, founding and founder and past Director of the Imaging Research Laboratories (IRL) at the Robarts Research Institute. He is a Professor and Chair of the Division of Imaging Sciences of the Department of Medical Imaging at The Western University. In addition, he is the founder and past Director of the interdisciplinary graduate Program in Biomedical Engineering and past Director for the Biomedical Imaging Research Centre at The Western University. This Centre integrates the strengths in imaging research across London’s Institutions, which combined, makes the London medical imaging research community one of the largest in North America with over 350 staff and students and $100M in research equipment. In 2007 he became the Director of the Imaging Program at the Ontario Institute for Cancer Research (OICR). In 2010 he became the Founder, Acting CEO and Centre Director of the Centre for Imaging Technology Commercialization (CIMTEC) – a federally funded Centre of Excellence in Commercialization and Research. Currently, he is its CEO.

Our laboratory has been developing 3D ultrasound imaging systems that can be used for a variety of diagnostic and interventional applications. Our approach is to use a motorized fixture to translate, tilt, or rotate the ultrasound transducer with predefined user-controlled spatial and angular spacing. Any manufacturer’s ultrasound transducer can be housed in the fixture and images from the ultrasound machine are acquired into a computer via a digital frame grabber. The acquired images are reconstructed into a 3D image as the images are acquired during a 6-10 sec scan. In this lecture, we describe the use of 3D ultrasound in point of care diagnostic applications and for image-guided cancer therapy applications and discuss potential trends in the technology. Point of Care: As our population ages, there is an increasingly critical need for innovative and low-cost diagnostic and treatment methods. Thus, a rapidly aging population, combined with an over-burdened healthcare system provides a context that urgently requires the development of accurate and low-cost diagnostic imaging systems. Using our 3D ultrasound platform technology are able to not only improve the accuracy, effectiveness, and efficiency of diagnosis of breast, thyroid, and oral cancers as well as vascular diseases but also develop commercially viable, novel imaging-based devices that are cost-effective. Furthermore, combining 2D and 3D ultrasound imaging with AI tools has the potential to identify pathology more efficiently and accurately, which can lead to better decision-making, better care, and a reduction in delivering healthcare. Image-guided Interventions: Procedures such as prostate and gynecologic brachytherapy, and focal liver tumor ablation require positional accuracy of the needles delivering the therapy while sparing the critical organs. However, accurate guidance and placement of these needles in soft tissues are challenging as needles can deflect due to heterogeneous tissue properties, tissue/organ deformation, and movement, and lack of accurate tracking. Although 2D ultrasound imaging is used extensively, it has limitations. As the ultrasound images are two-dimensional, obtaining a 3D view of the anatomy needed for planning and verification of the needle positions requires three-dimensional images. Our laboratory has been developing complete 3D ultrasound-guided interventional systems, which include robotic approaches and software tools allowing physicians to guide guided needles to deliver therapy accurately.